Ash and smoke filled our lungs, as the stench of death weigh upon our every step.

And the Old ones, drew ever near. 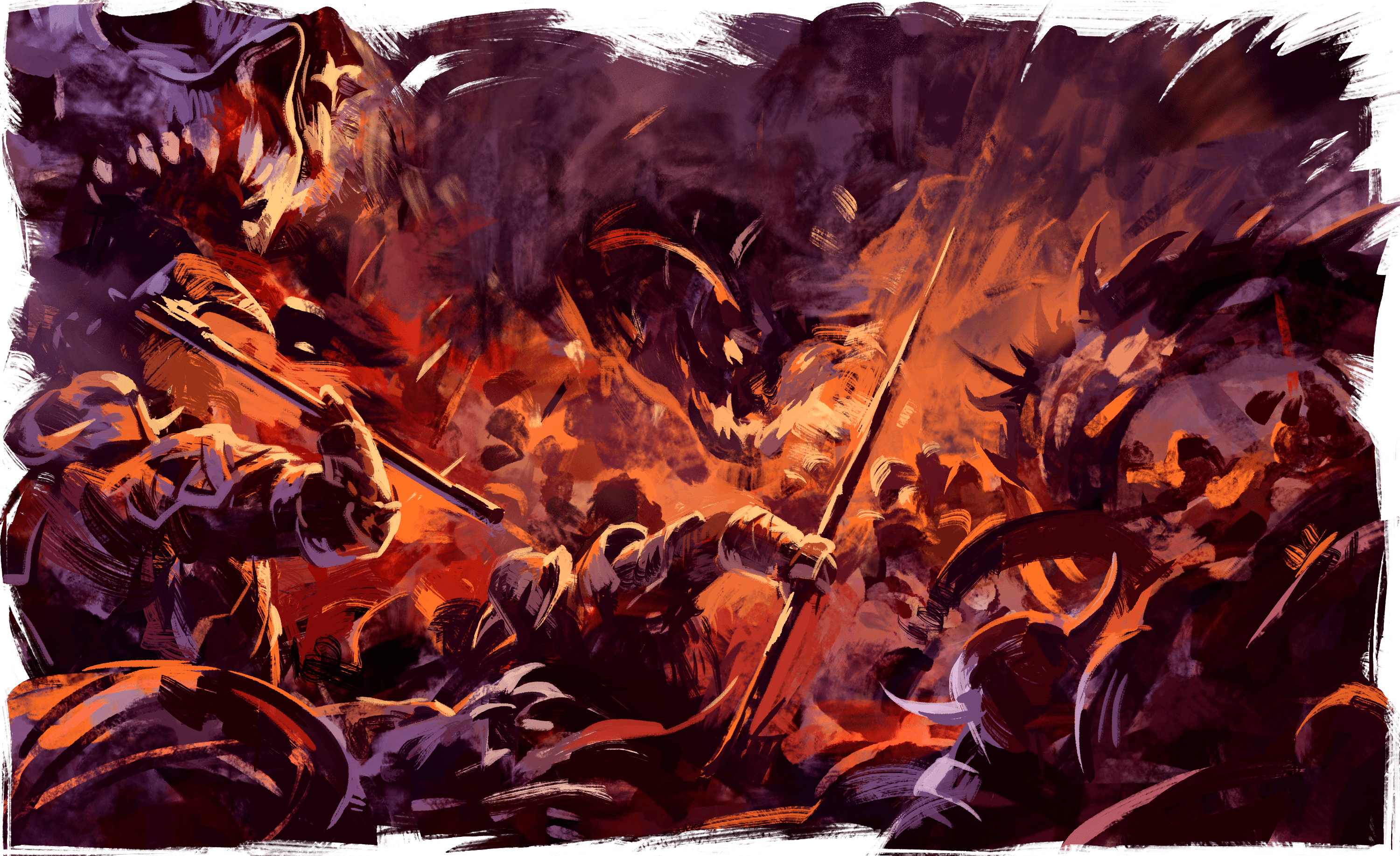 We know not how this began, nor when.

Time, fear, and the stench of death has smothered our senses, numbed our bodies, dulled our minds.

All we knew was that we must not waver, for behind us lie our brethren and our broken dreams. 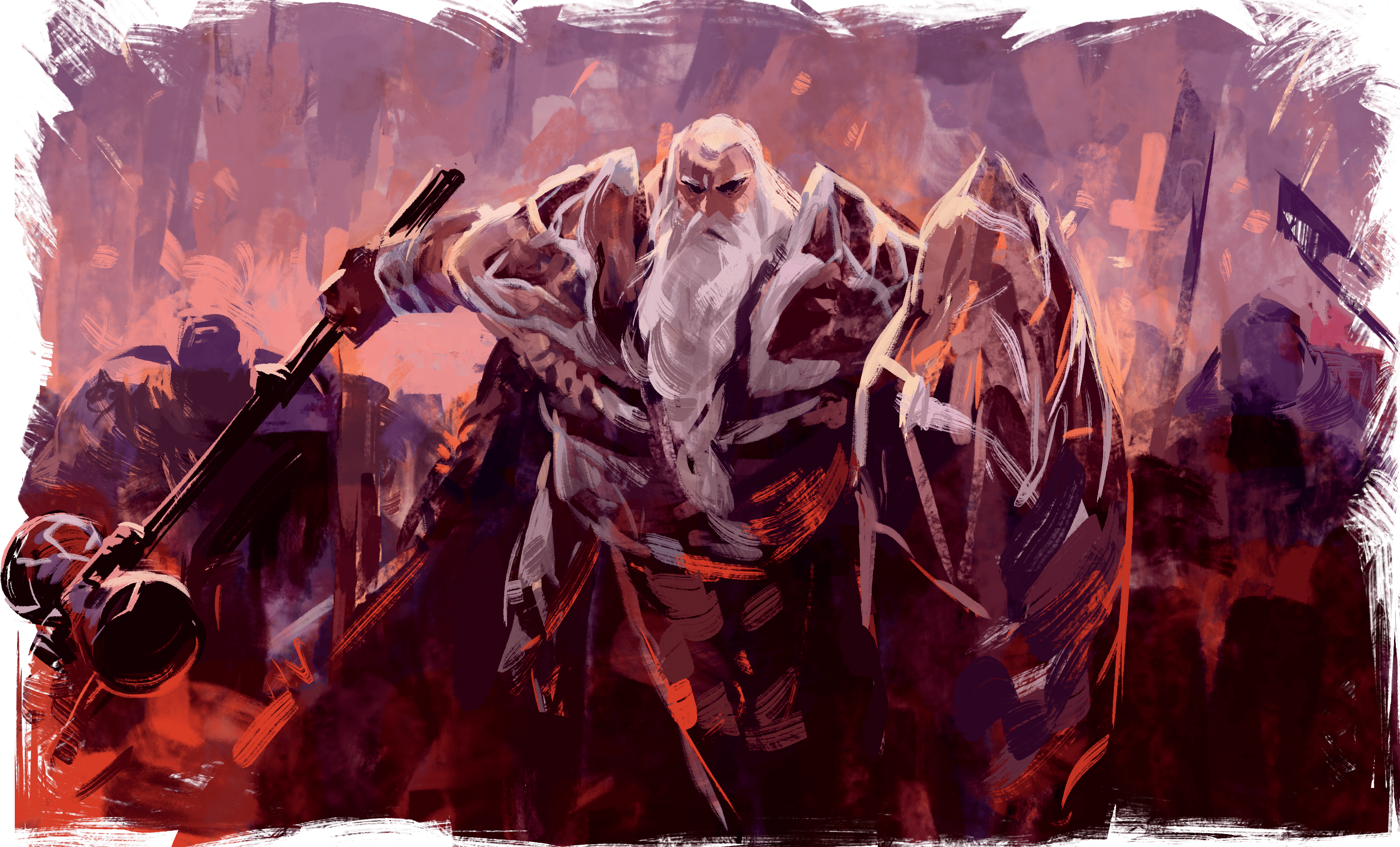 We are the Ollin, defenders of humanity, the last line of defence against these rotten vermin that had infested our world.

They are endless, we are few.

But we are strong where they are weak, and our allies stretch from the skies to the seas; powerful Ancients that rose from the forest and the plains, mighty Titans born from the land beneath our feet.

The Ancients' powers were vast, but raw and untamed, and they brought with them many a terrible calamity.

But with love they held us in the palm of their hands. And in time, formed a Covenant with the likes of Man. 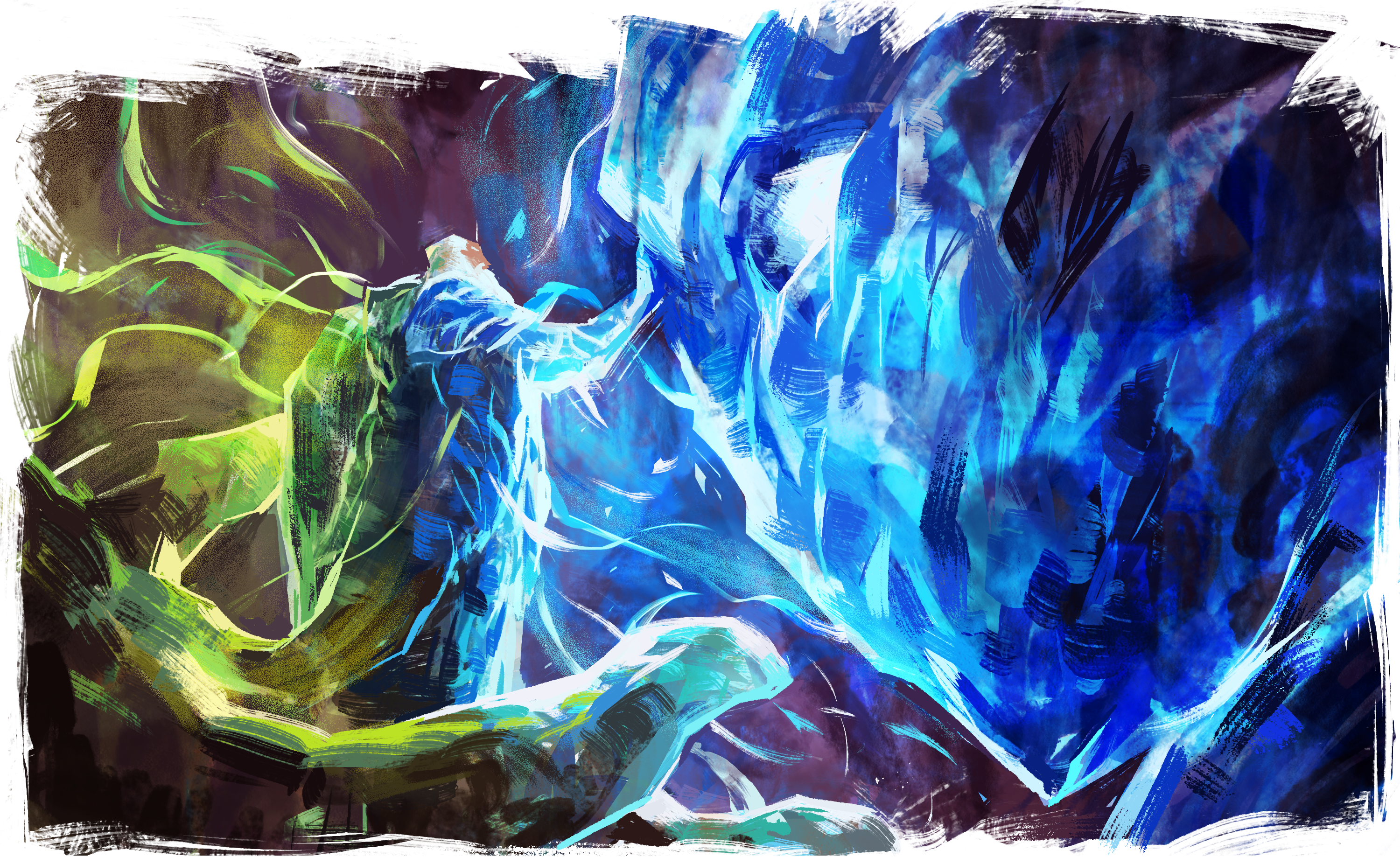 With their power coursing through our veins, we held the line. As the days blended into weeks into the drone of eternity. 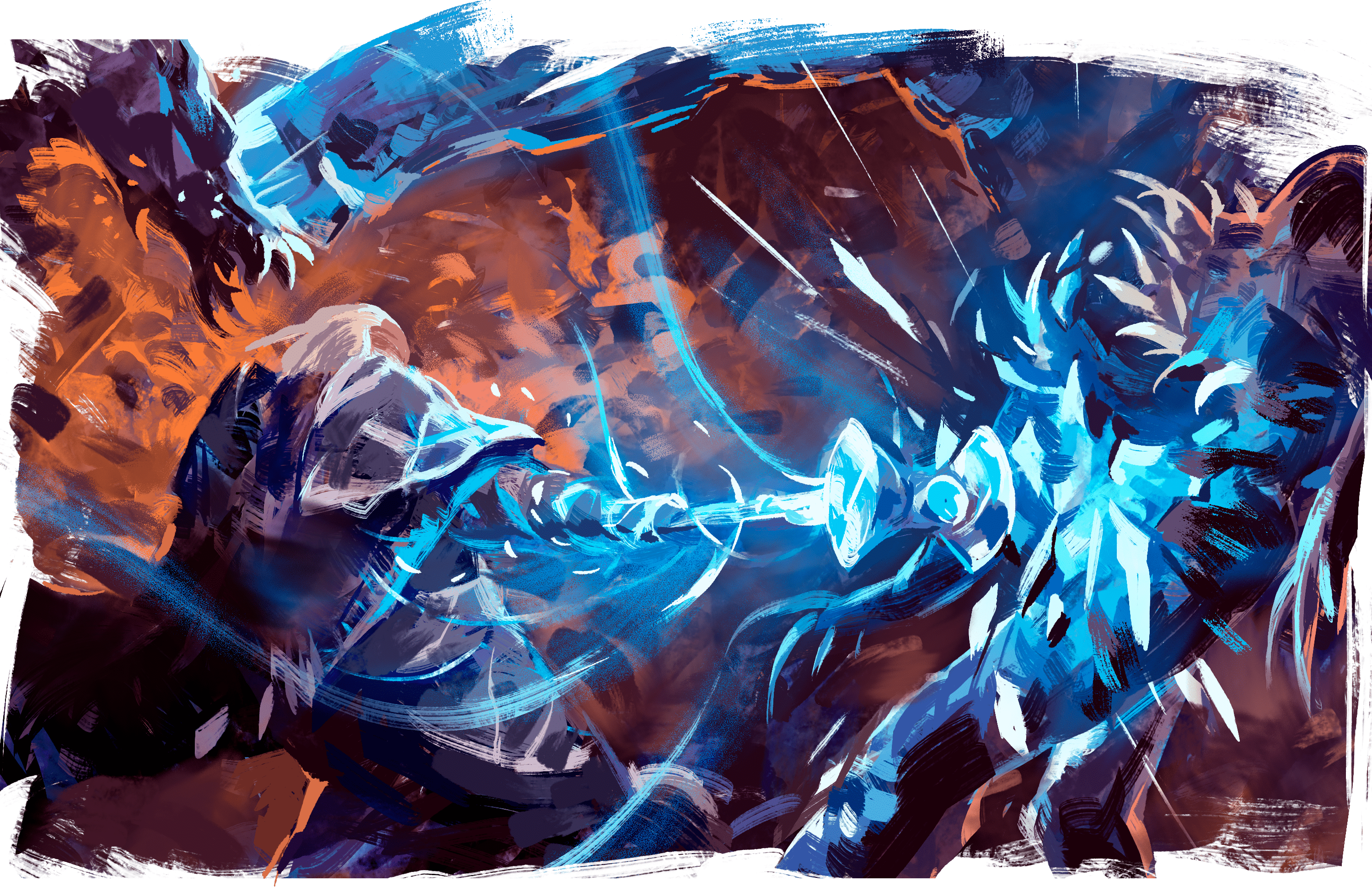 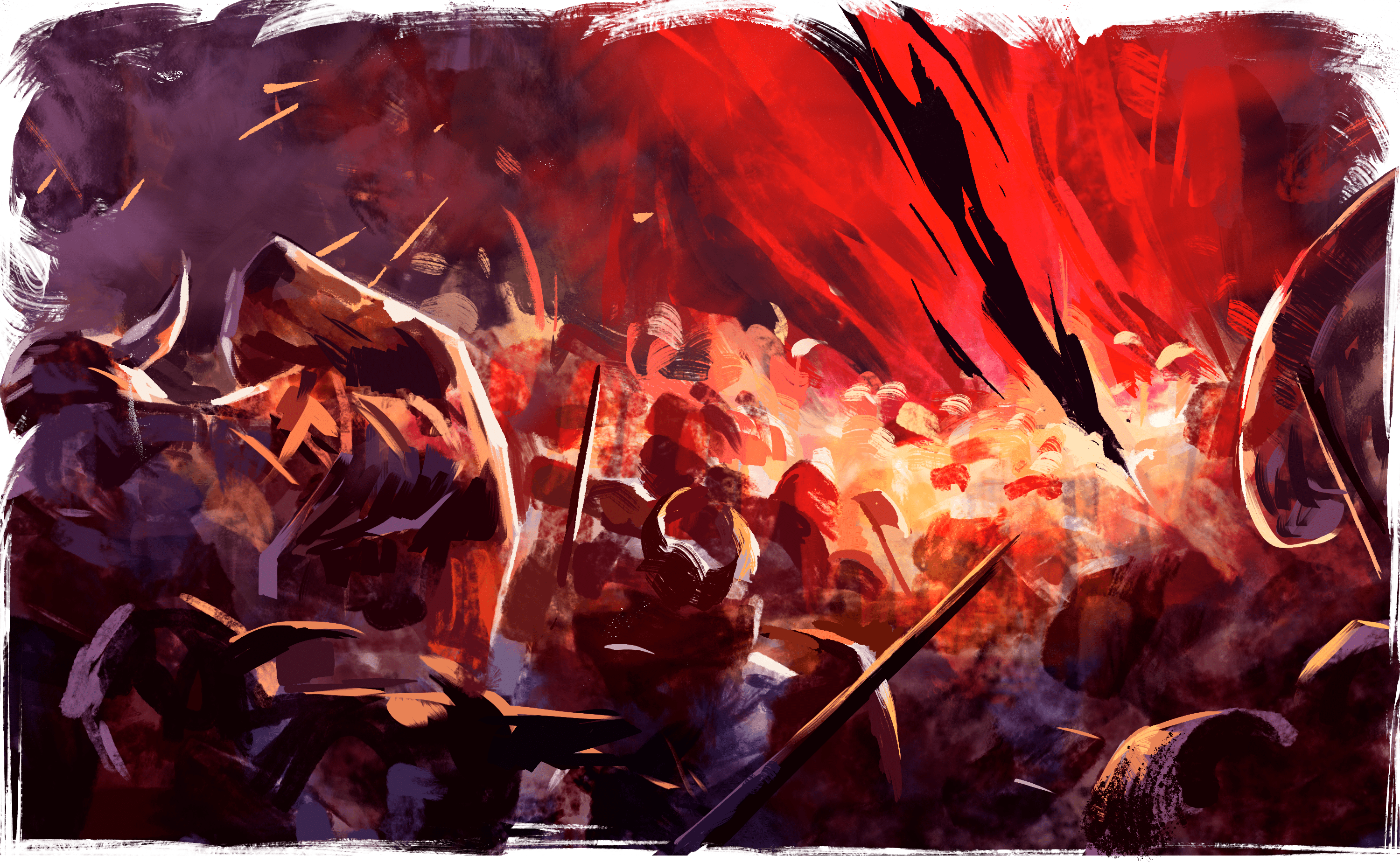 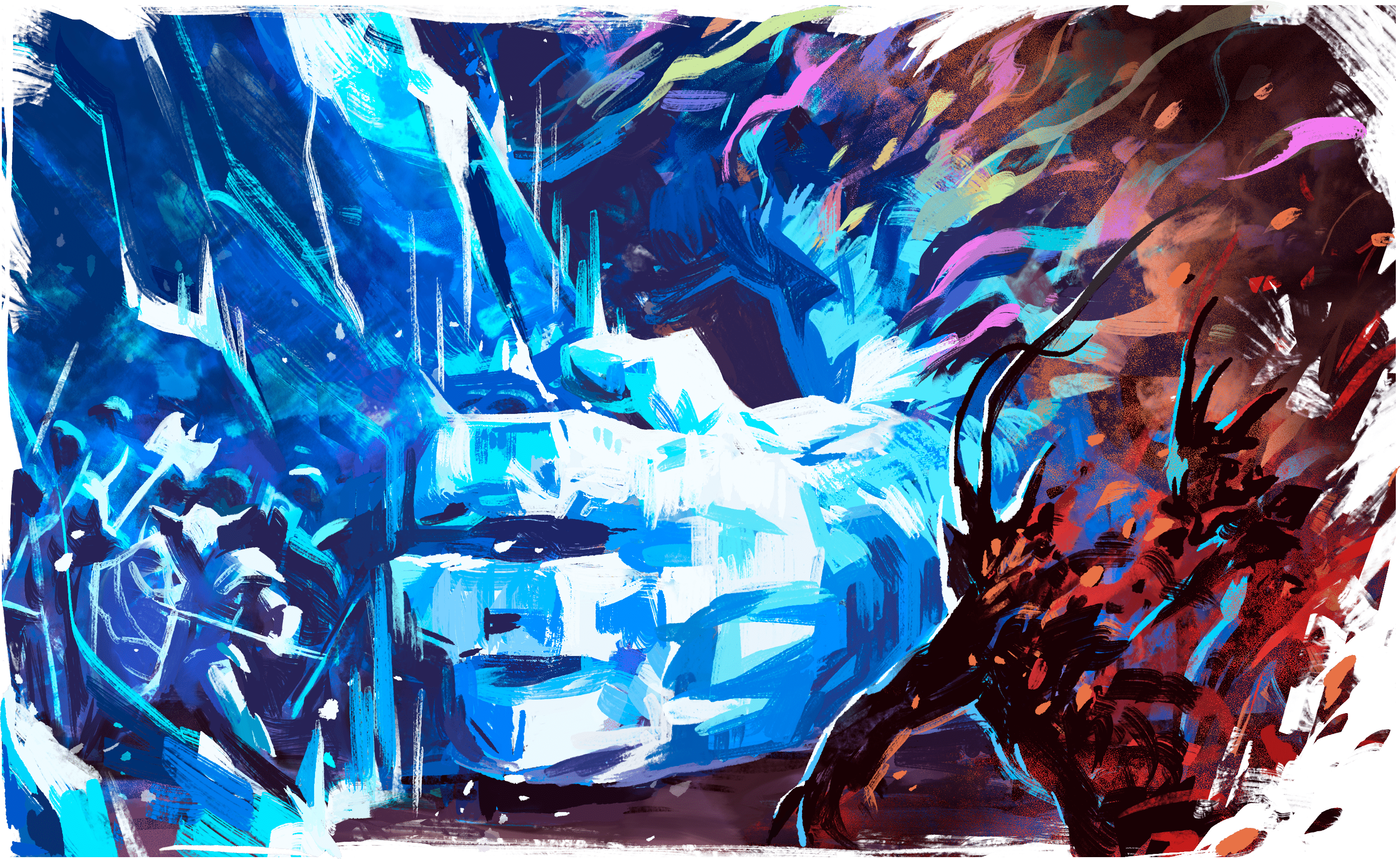 .. the world in front of my eyes, was painted blue. 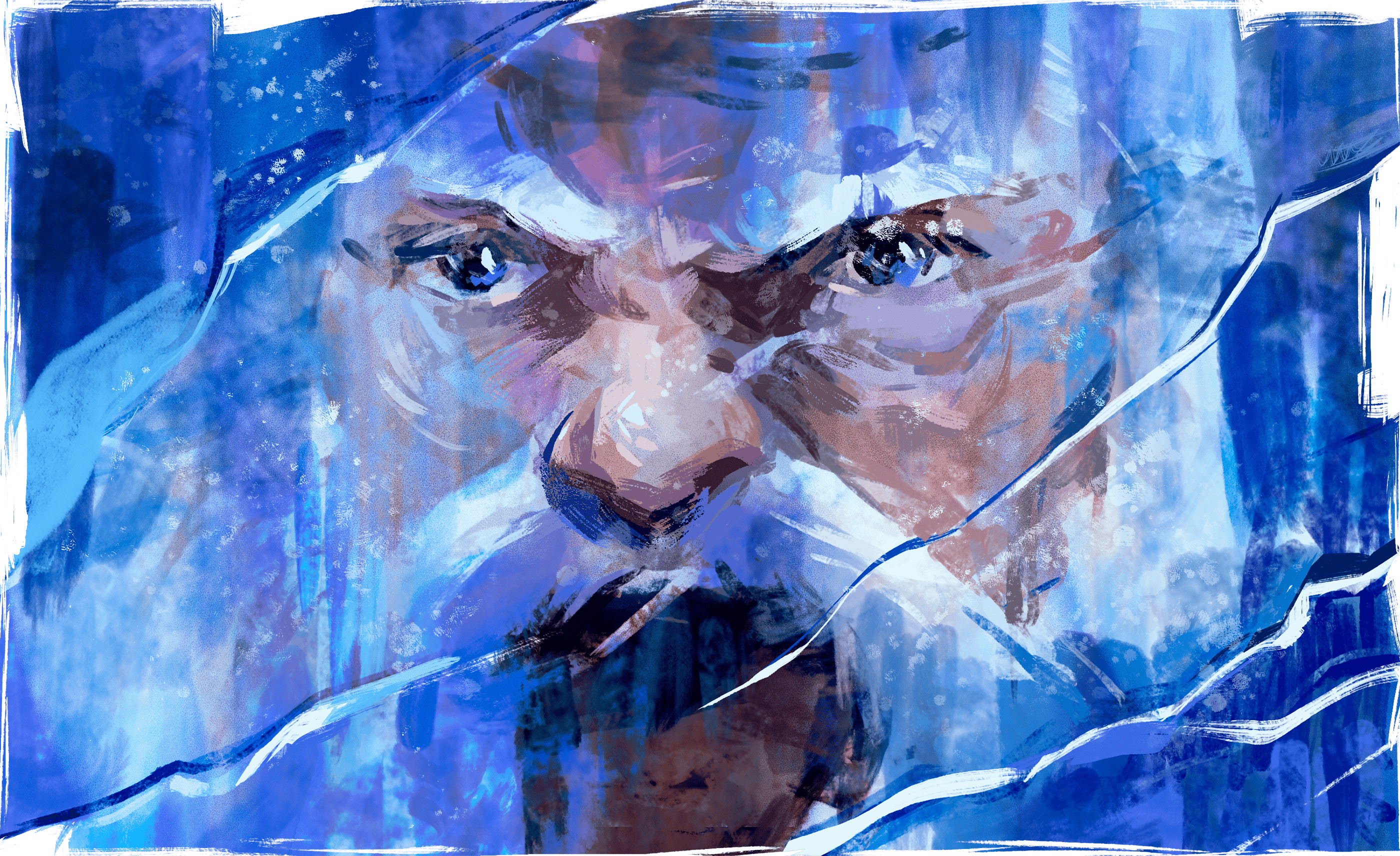 Kingdoms rose and fell, as time waltzed along into the Age of Man. Mountains became valleys. Forests turned to deserts to flourishing plains once more, and the stories of the Third Age became but a distant memory.

Yet as the pendulum of time swings, the tendrils of the Old Ones will envelop the land of Rathe once more. 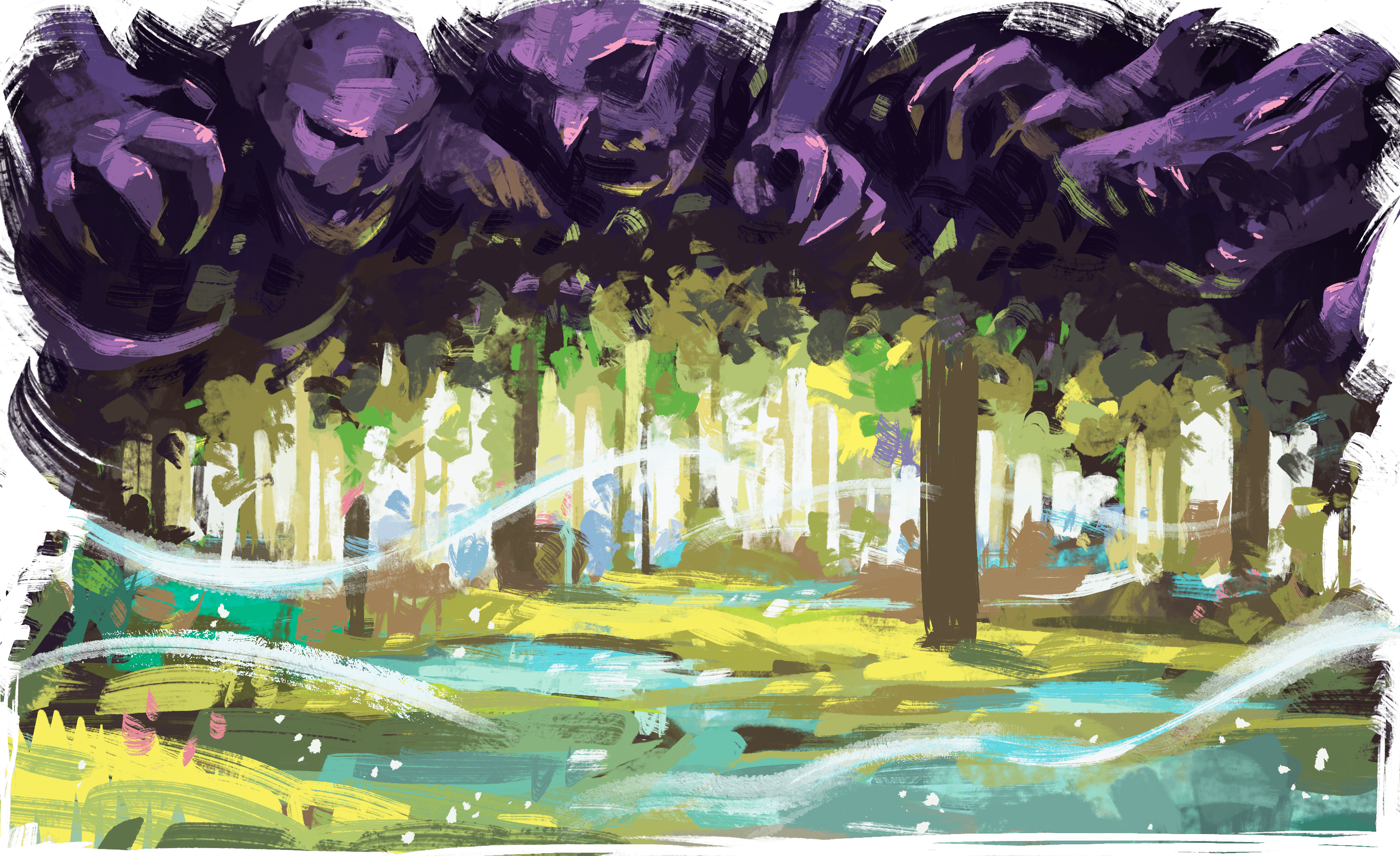 Upon this lonely mountain pass that had remained unchanged for eons; a faint shuffle and a crack was heard, and then the scraping of metal on ice, as a mighty mountain of a man stirred from within his frozen slumber.

His nightmares had kept him company throughout the Ages. He relived the badlands of his youth, scrambling to hide from the Old One's gaze. Sometimes his dreams took him to his formative years, when the vassals of Embras advanced, forcing them to the north as he took up arms for the very first time. Others sent him back to his days of glory as a mighty Shieldbearer, as the Ollin fought alongside the Ancients and held the line. 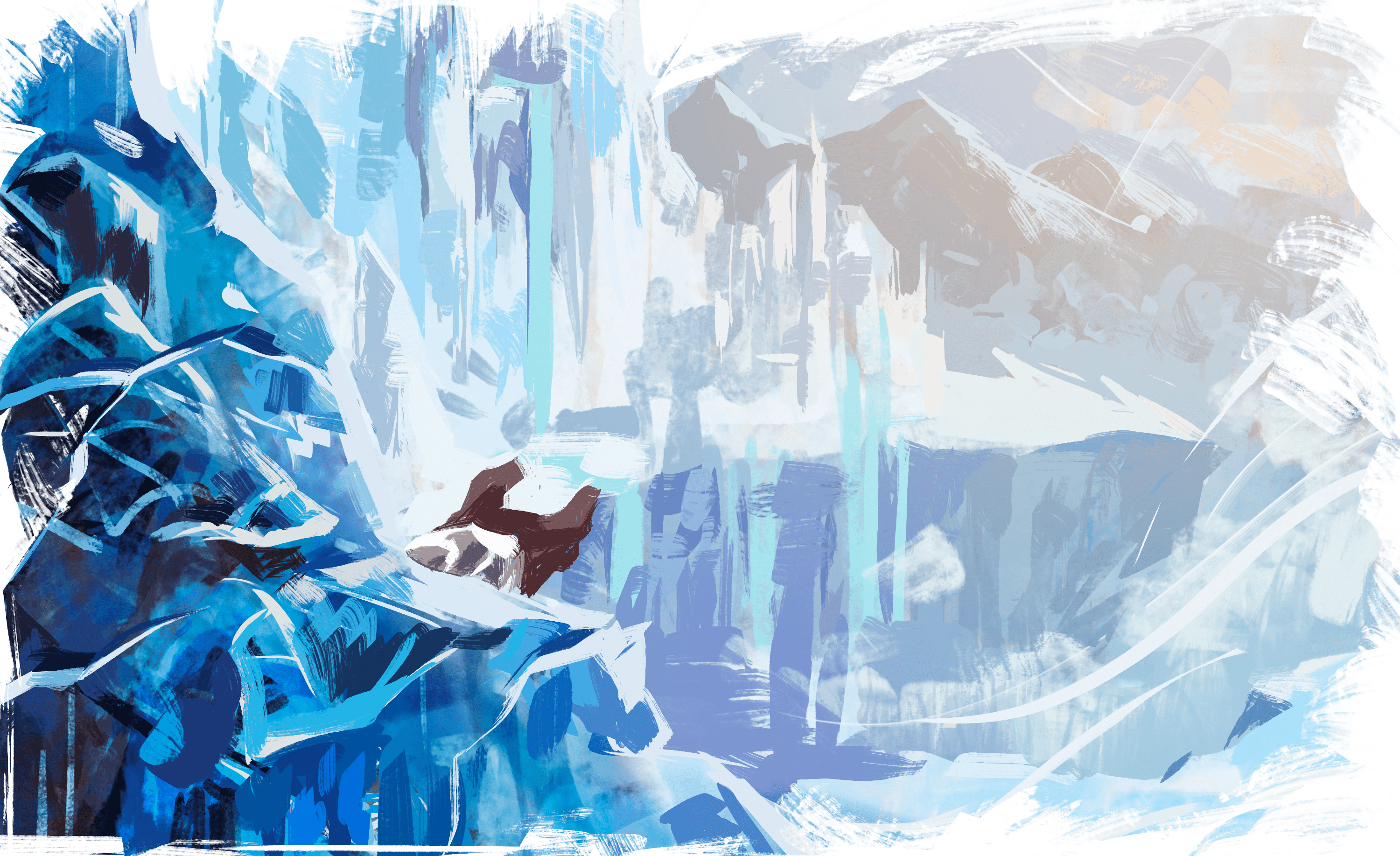 Yet as he stirred, the flames of war subsided, and the pure scent of the mountain filled his tired old lungs. Their fortress was in shambles, frozen beneath a thick layer of frost. His brethren, they were trapped beneath sheets of ice, still frozen by the power of the Ancients. But as he gazed out into the distance, he saw a breath-taking sight. A bountiful world full of life and beauty; the paradise of his childhood dreams.

But even as a new, unfamiliar energy coursed through his veins, he felt an emptiness in his chest.

A void left by the broken Covenant. 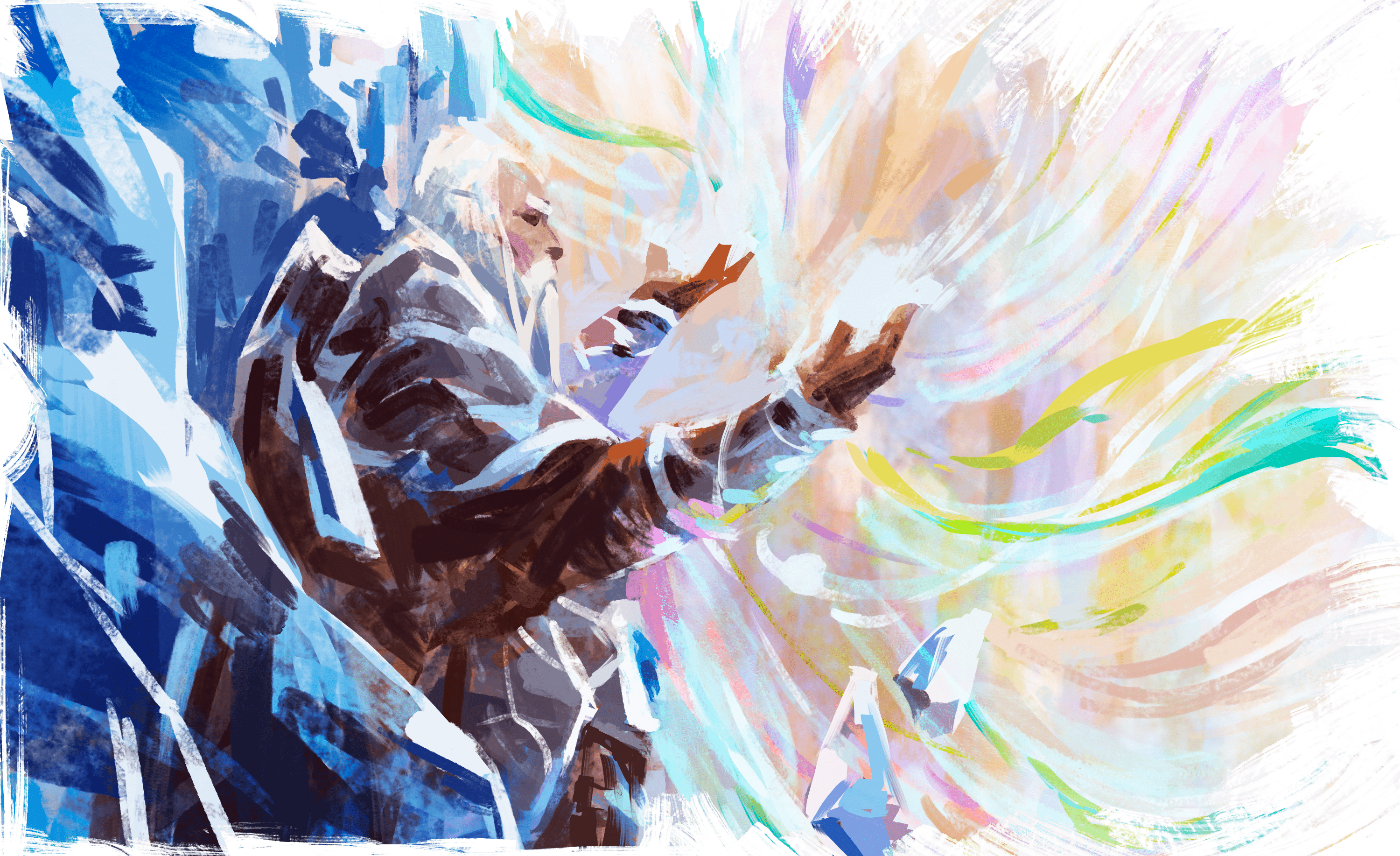 "I need answers," he thought, as he set off into an unfamiliar realm. He would seek out his old allies; perhaps the Seers, or the Rosetta. 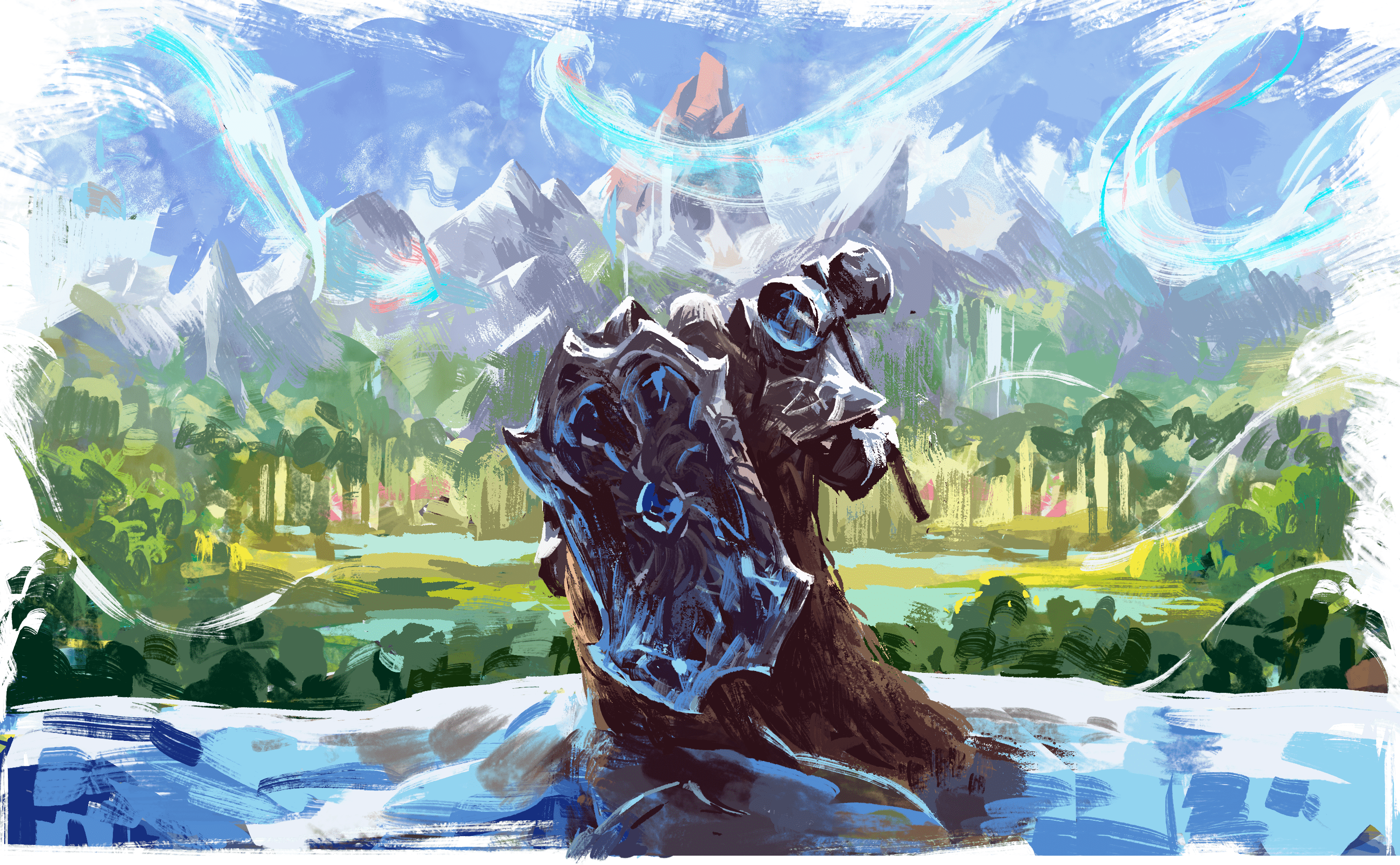 For if he was awake, the Old Ones won't be far behind.